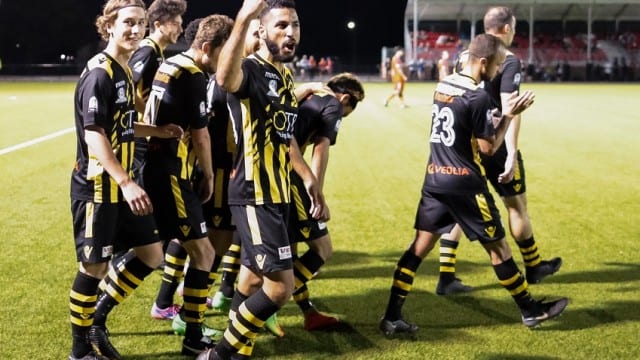 Birks make it two in a row

Round 10 of the National Premier League SA resulted in 3 points for the Birkalla Seniors and provided some breathing room with the side moving out of the relegation zone.

A goal in the 76th minute from Doni Pollock, his second in 2 games, handed Birks the 1-0 win over Adelaide Olympic.

“Saturday’s win against Olympic was so big for us, both as a club and as a playing group,” he said.

“It wasn’t pretty to be completely honest and coming away with the 3 points, backing up from the previous game against Sturt, showed tremendous character from everyone.

“It moves us away from the relegation zone and back amongst some of the other teams.”

It appears that there has been a shift amongst the group with things finally falling in to place, but Cirillo insists that the potential and belief has always been the case for his team.

“You can say things are slowly starting to click, which is good, we have a great team morale and excellent change room,” he said.

“The belief in the team is very much right up and has always been there even though it’s been a slow start, but we as a group trust in the process and hope this is a sign of things to come.”

Due to the FFA Cup competition, the Birkalla Seniors have an additional week to prepare for Round 11, an away game against Adelaide United.

United sit comfortably in 5th position on the league ladder, with a string of impressive wins behind them which JP is well aware of.

“United have been picking up some good points and we expect a very tough game. Knowing them, they will be very energetic and up and about.

“We won’t be taking them lightly as it comes towards the halfway point of the season, this could be a decisive point in our year in whether we will be pushing towards finals or battling to stay up from the drop zone.”