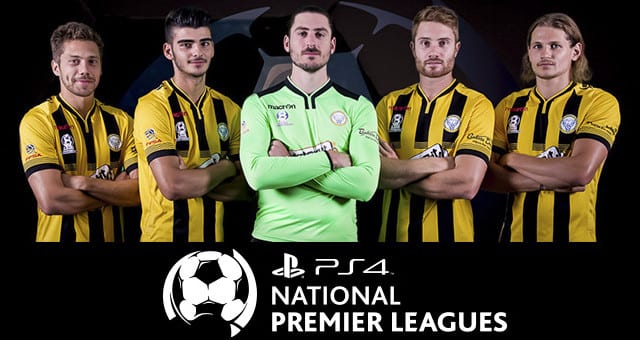 Round 1 gets underway this weekend when WT Birkalla take on Campbelltown City at Jack Smith Park. The boys have all had a solid pre season and are all looking forward to the upcoming season.

We hope to see as many supporters attend this Saturday to make sure 2016 starts off with a bang.

What a first round of fixtures the 2016 Playstation 4 National Premier League South Australia promises to bring.

Last season, both sides boasted point tallies more flattering than their final league position, with Birkalla finishing 3rd, just 2 points off the top, and Campbelltown claiming 6th spot, but just 5 points off the pace set by the league-leading West Adelaide.

Birks were the victors in their last meeting with Campbelltown, winning last year’s elimination final 5-4 on penalties, leaving Campbelltown heartbroken as they watched Birkalla go on to the preliminary final, where they were overran by a confident West Adelaide side, who scored a comfortable 4-1 win.

Another tight game should be expected in round 1 of the 2016 PlayStation 4 National Premier League South Australia. It would be easy to underestimate the value that an early 3 points would give either side, considering the quality both teams possess.

There is a significant cloud hanging over the head of the Birkalla side however; he departure of Ryan Kitto – the stand out player from the 2015 season.

When asked about what had been done to fill the whole left by such a big player, Birkalla defender Tom Dittmar said, “We’ve signed Ian Kamau, who’s pretty much like-for-like.”

“We’ve also signed Fumiya Suzuki from Adelaide city who’s a very similar player, so between the two of them we’ll be able to cover his position.”

When questioned about the teams attacking potency of last season, and whether the focus for the team was on scoring goals, Dittmar claimed, “I think this year we’ve got a better all-round team. Certainly we’re a lot better defensively and in the midfield, so hopefully we won’t just be replying on someone like Kitto last year.”

Dittmar made the club’s intent for the 2016 season very clear, saying, “We think we can go a couple positions better than last year.”

“Finishing third was fantastic for the club but I think with the guys we’ve brought in this year we’re good enough to make it to the final and hopefully win the league.”

It all starts this weekend and both sides know how crucial a 3 point head start could be in what promises to be one of the most competitive seasons of PlayStation 4 NPL football we’ve seen so far.