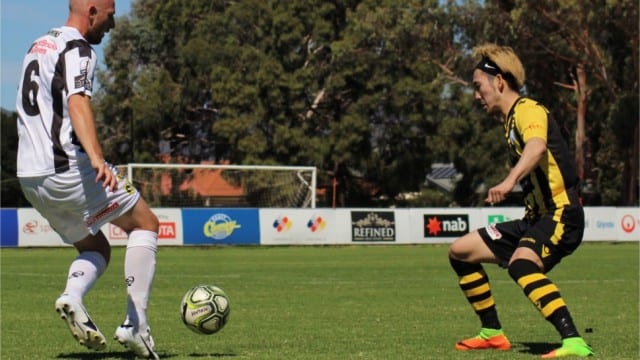 As the National Premier League SA heads in to Round 4 this weekend, the Birkalla Seniors are yet to claim their first points from the season.

Head Coach, Simon Catanzaro, says that the Round 3 loss to Adelaide City was disappointing but it is still early days.

“It was disappointing to lose, we gave away 4 goals to one of the best teams in the competition again and we have had a fair run of playing the best teams, or the so-called best teams, so far but we just need to move on and stick together for Croydon this week.”

“I am looking for stability in the team right now. We have got some senior boys back and they need game time,” he said.

“The young guys did a fantastic job the first few games and they will get their chance again throughout the year for sure, some sooner rather than later.

“Now it is about getting some cohesiveness with the boys we have back and just building on those structures.”