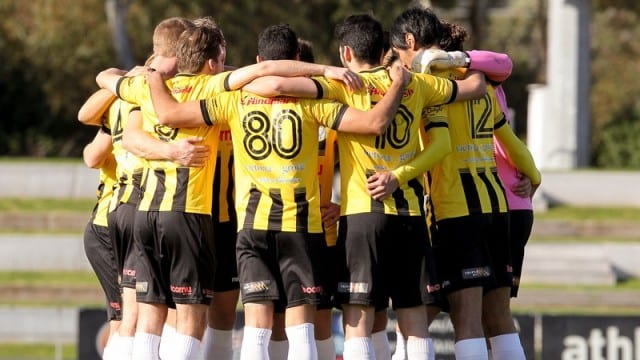 Pre-season training is well underway for West Torrens Birkalla Seniors with Head Coach Steve De Giovanniello leading the way for his third season with the Club.

Finishing in third position on the PlayStation 4 National Premier League SA ladder for the second consecutive year was an undoubtable highlight and De Giovanniello was proud of the standing, despite bowing out of the Finals race in the Preliminary stage.

“I think it was great that we re-established ourselves. I think a lot of people might have thought that the first season was a bit of a fluke and we were quite lucky and we wouldn’t be able to replicate the same form, the same position on the table.

“We lost a big player in Ryan Kitto so there were a lot of questions about him and whether he would be too big of a loss, but I think it was satisfying for the group that they proved themselves and replicate what they did the year before.”

The focus is now vehemently on the 2017 season and a third position place just wont suffice this time.

“I think we as a group would like to go one step further. It is two years now that we have just fallen short in the prelim and we would love to go that extra mile and play in a Grand Final and obviously win a Grand Final. If you make a grand final you are there to win, so we are really focussed on going further after two years of falling just short.

“It is still a very young group, it’s not like we have aging players, if anything their coming toward their prime some of these players, so for us it’s just going that one step further and winning something.”

As with many Clubs, the Westfield FFA Cup competition is another place to aim for success in, one that De Giovanniello has his sights on.

“I think you look at what some of the teams did this year, some of the State League teams across Australia and it was great exposure for them and they proved that they can match it with A-League at that time of the season.

“I think that is important that people recognise that the teams are still getting their fitness so it is a good time for clubs like ours to pinch results. It would be great; we are definitely focused on that too.”

The team line up is yet to be announced for the upcoming season but De Giovanniello told that he is excited about the players who have re-signed as well as some fresh faces amongst the group.

Make sure you are following us on Facebook, Twitter and Instagram for the team announcements and to find out where you can catch the team in pre-season action.